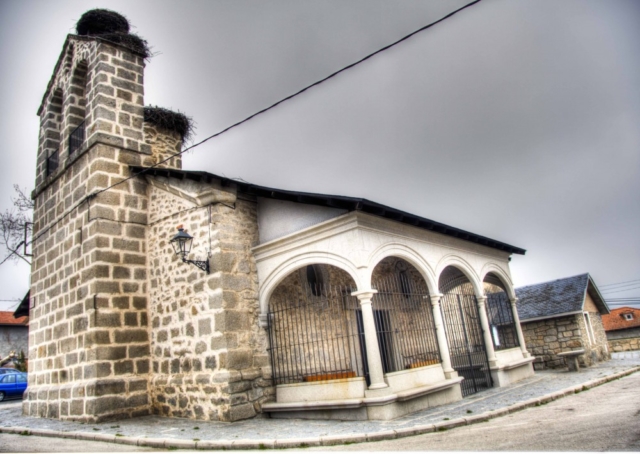 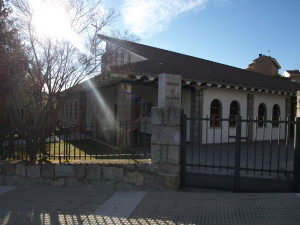 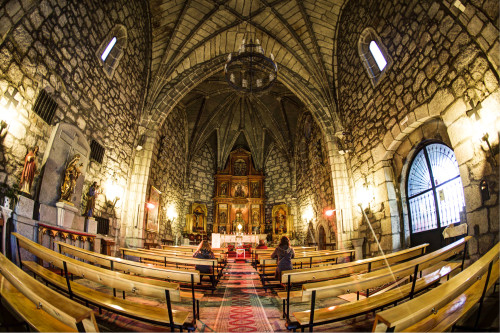 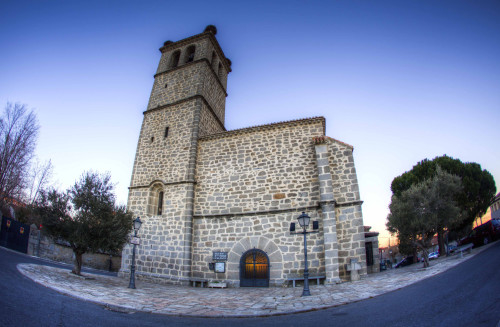 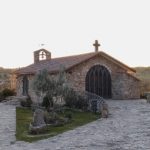 This peculiar Chapel is located in the beautiful settings of Las Laderas de El Boalo, a unique and desirable area surrounded by magnificent landscapes with incredible views of the Sierra de Guadarrama. It was built during the 80s and 90s thanks to the generous granite masonry work of the locals. It reflects the devotion that the locals from El Boalo have towards San Isidro as the primary patron saint for stockbreeders and farmers, the sector to which most of the locals belonged at the time. On May 15, the Traditional Pilgrimage honouring the Saint is held by the important Peña Mediodía and the recreational area that bears the same name. It brings together both locals and visitors who spend a day in the countryside enjoying both the local hospitality and the party.

The Santa María la Blanca de Cerceda Church, designated as a Historical National Monument, is a unique example of the heights of stylistic refinement that Castilian religious architecture reached in the 16th century. This style from the time of the Catholic Kings was called abulense gothic, a style from the Spanish region of Ávila, reminiscent of the last Romanic styles while pointing toward the coming Gothic styles. Highlighted features include the cornices decorated with marbles and the harmonious slenderness of its bell tower, from which there is an astonishing view of the surrounding areas and landscapes. It was built with granite masonry, except for the sacristy, which was built with regular blocks of stone. Inside, there is a baptismal basin from the Renaissance period and a very interesting altarpiece designed by both Flemish and Spanish artists. The impressive size of the Cristo de la Esperanza should also be highlighted.

This temple has an extraordinary system of acoustics that create the perfect setting to enjoy La Coral concerts all year long.

The San Sebastián Mártir Church, which dates back to the 17th century, has a rectangular shape and was built with masonry using reinforced granite blocks in the corners. There is a bell wall by the church, built with well-made stone blocks and consisting of two parts. The upper one presents two round arch bays along with a smaller one centred between the other two. This temple has been refurbished several times, the last one occurring quite recently, during which a porticoed gallery protecting the entrance was added. The interior contains only one nave and, according to the artistic inventory of Madrid, the Chancel was covered in wooden panels. It is also home to the patron saint of the village, San Sebastián.

Of special importance is the baptismal basin made of granite and decorated with marbles in the upper part, which was a very popular design at the beginning of the 16th century. In 1940, two bells made by the Constantino Linares Foundation were added. The interesting fact about them is that the first bell was made honouring San Sebastián and was used during mass, while the second one was used to announce deaths.

The Church’s records are in the clergy house in Manzanares El Real, where the building book from 1630 and the baptisms, marriages, and deceased books from 1623 are located.

The Santa Águeda Church was built after the collapse of the San Andrés Church. It is modern construction, built in the second half of the 20th century. The old Mataelpino church from the 16th century was in a teardown condition, and thus it was decided that a new one would be built. Unfortunately, while the foundation was being laid, the available funds dried up. In 1978, the locals from Mataelpino decided to continue the construction by contributing both the money and the work force. They estimated that by providing the work force, the cost could be reduced by 70%, and after a year of construction, the church that exists today was built. Typical materials such as wood and stone were used. It also houses the image of Saint Águeda, in whose honour the Day of the Águedas is celebrated.