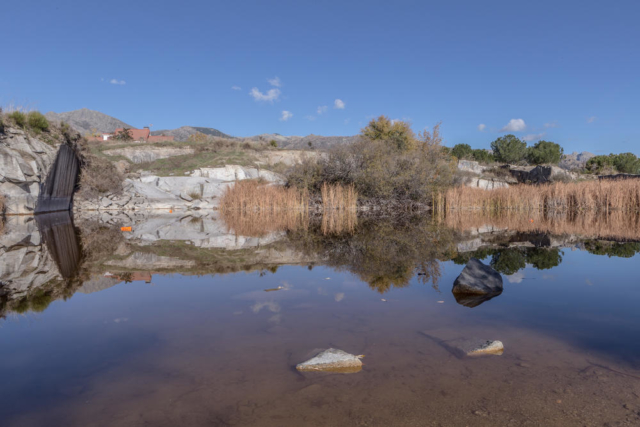 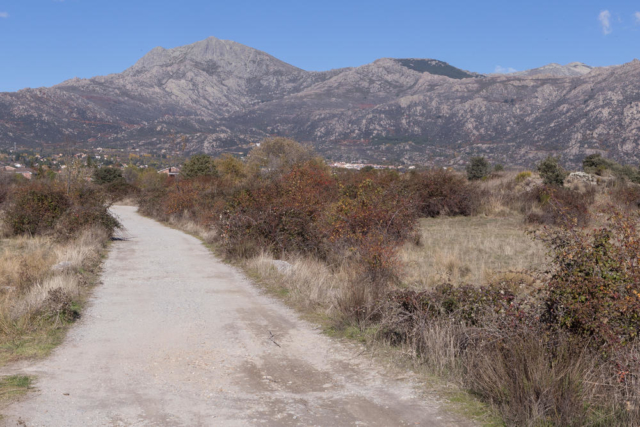 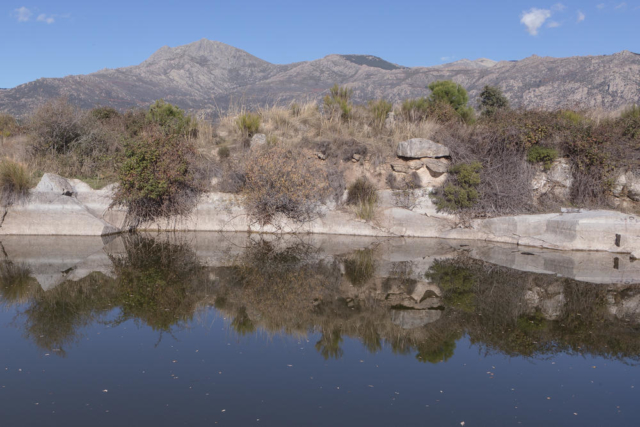 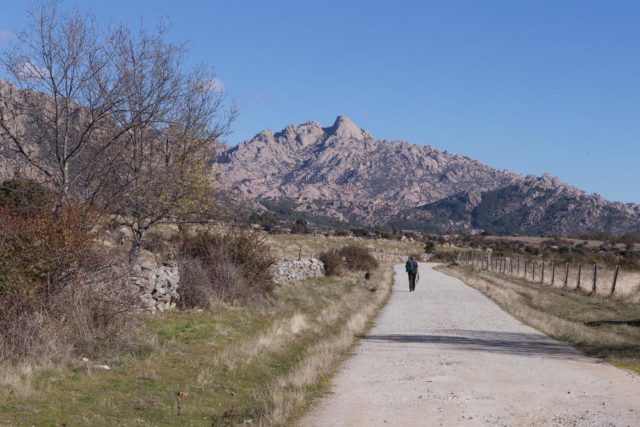 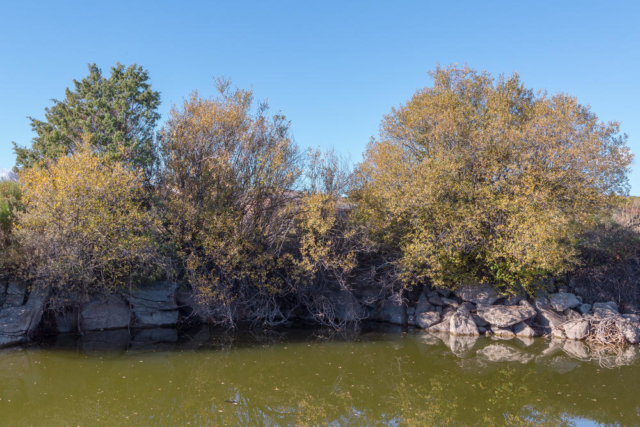 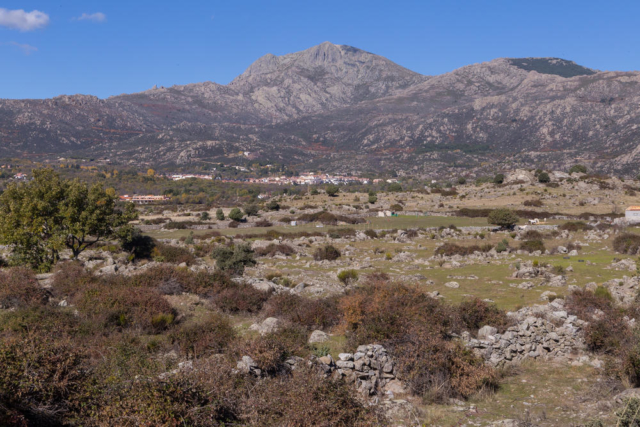 This route with a low gradient and outstanding views will take you around the grazing areas that separate El Boalo and Cerceda. By travelling down a drovers' road, you will get to know some of the traditional quarry activities.

This route goes alongside the so-called Fosa de Cerceda, a flat area characterised by its wide visual display, the existence of pastures surrounded by stone fences, small elevations covered with granite rocks, and some “holes” spread throughout the landscape, testimony to the granite extractions that were carried out in years past.

Traditionally, the majority of these fields (especially the flattest areas) were used to grow grain until the 1960s. Nowadays, most of them are used as grazing fields. In those without livestock, you can observe the proliferation of brushwood and the appearance of holm oaks (Quercus ilex), and junipers (Juniperus oxycedrus).

One of the most surprising elements of this landscape are the “holes” in the land, which can be spotted around the farms alongside the path. Some of them are small and already covered with vegetation, but they are still noticeable. They are what is left behind from old abandoned quarries. The most important ones are located around the Las Praderas complex (marked on the map) and they clearly show the marks made by the extraction of these blocks of rock.

These old quarries, now abandoned, are partially covered by water. This way, they are converted into new ecosystems since water species communities have started to live in them: riverbank plants, aquatic birds, amphibians, and reptiles or invertebrates such as dragonflies.

The quarry was one of the municipality’s main economic resources for many years. In the 1960s, more than 40% of the active population of El Boalo worked in the quarry.

A quarry job was a very hard one since it was carried out manually, with almost no mechanical means apart from explosives. The rock extraction, or “saca” (carried out by the “sacadores” or extractors) required some geological knowledge in order to cut the rock (“cortar a ley”) taking advantage of natural faults (fractures). The “labrantes” (cutters) would later work on the rocks in small cutting workshops, located in Cerceda. There, they would cut, smooth, and round the rocks, giving them the final touch. Then, these rocks would be transported to Collado Villalba by oxen-pulled carriages and the no longer existent El Berrocal Train before being checked and used.