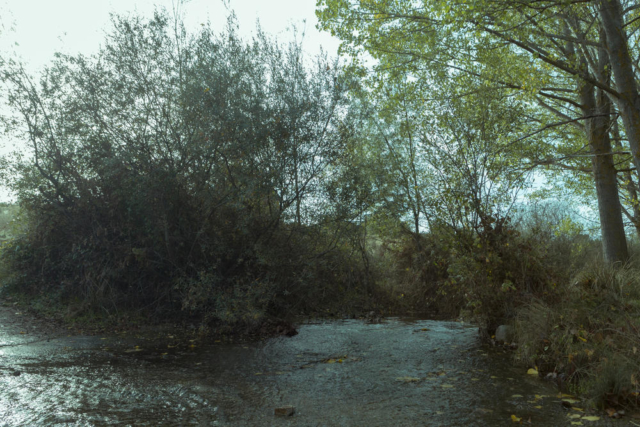 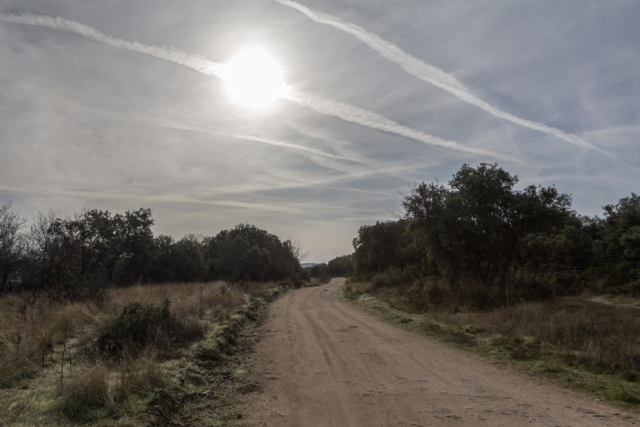 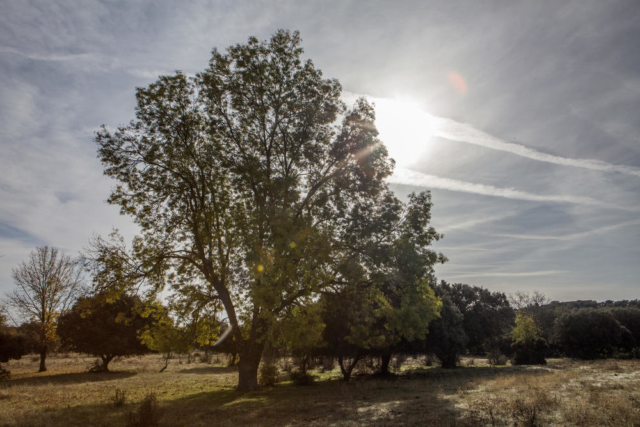 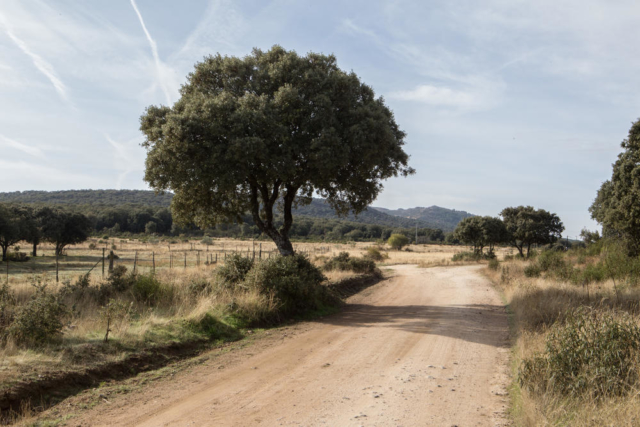 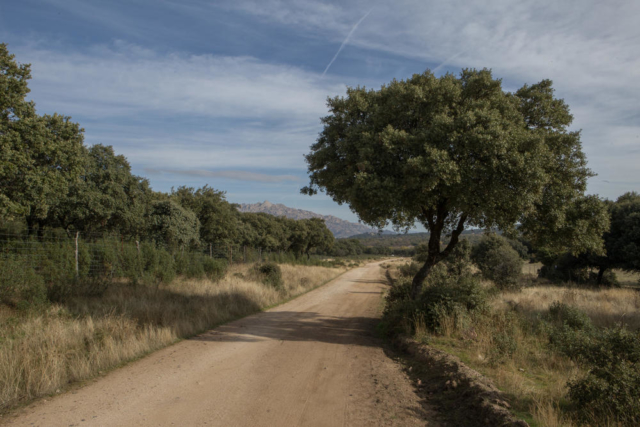 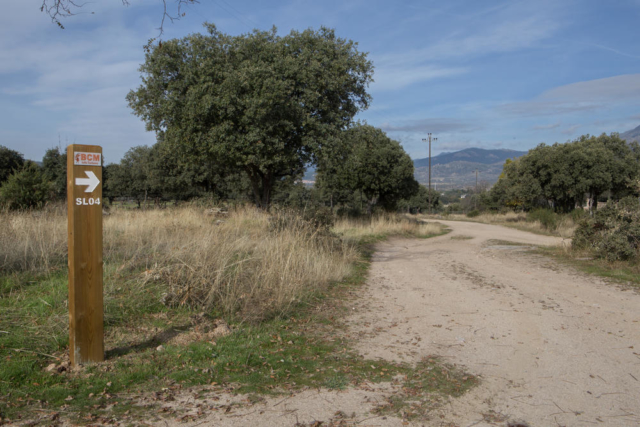 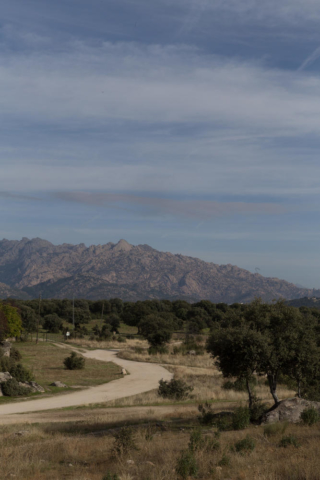 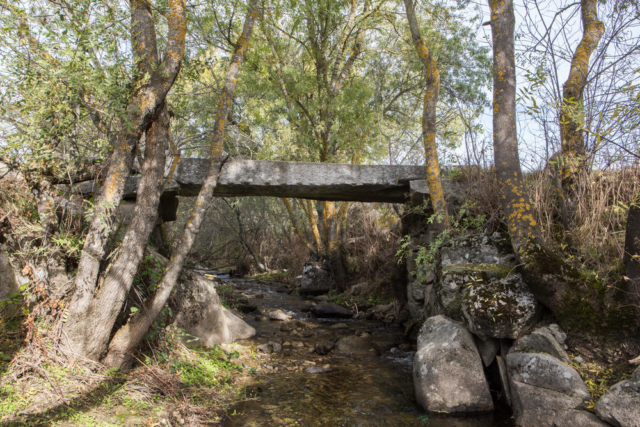 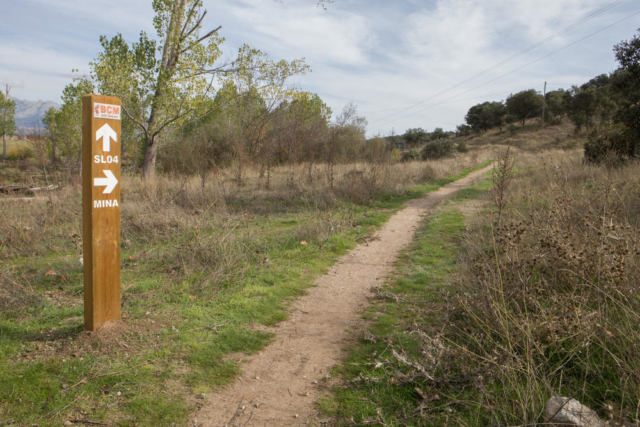 This simple route will allow you to discover the geological values of the municipality since you will pass through areas full of different types of rocks. You will be able to visit an old lime oven and the place where locals used to extract silver ore during the 17th and 18th centuries.

The Chaparrales de Cerceda route is a circular path that’s quite easy to walk and has a couple of optional branches that allow you to get closer to the lime oven and to the silver mine entrance.

The municipality of El Boalo, Cerceda, and Mataelpino is located in an area filled with granite rock. This route goes through the only areas containing metamorphic rocks (gneiss) and sedimentary rocks (mainly marl and dolomites).

The band of dolomite and marl rocks is located on the other side of the Madrid Bridge, towards the lime oven, alongside the Samburiel River.

El Monte de El Chaparral (El Chaparral Mount) is locates on top of metamorphic rocks such as gneiss. Around the mine area, although you will not find silver anymore, it is easy to spot gneiss rocks with mineral remains such as pyrite (silver colour), copper (green), or iron sulphides and oxides (yellow and orange colours).

The better part of this trail goes around the Chaparral Mount, covered by a thick holm oak forest (Quercus ilex), also called “chaparra” when it has a bush shape. Together with the holm oaks, there are junipers (Juniperus oxicedrus), bushes such as rockrose (Cistus ladanifer), and Spanish lavender (Lavandula stoechas). On the marl and dolomite rocks you can find some prime examples of the Portuguese oak (Quercus faginea), and in the fresher and more humid zones some ashes (Fraxinus angustifolia) will appear. The whole area is frequented by wild boars (Sus scrofa) and roe deer (Capreolus capreolus). Additionally, some of these farms are also used for livestock breeding.

The silver mine: the search for precious minerals has left its footprint in many places in Sierra de Guadarrama. From the second half of the 16th century, under reign of Phillip II, different silver mines began being exploited in the region.

According to the available data, silver was obtained from this mine during the 17th and 18th centuries. The cave left behind after the excavations measures 17 metres long and almost 1.80 metres high. This cave has been known and used for many years. For example, during the 20th century it was used by local shepherds to preserve milk.

The lime oven: this oven was built in the 16th century to supply lime for the construction of El Escorial Monastery. Limestone from the nearby "gruta de la calera" (limestone quarry cave) was boiled.

For many years, lime was an essential material for construction since it was used as mortar before concrete began being used. The lime boiling process was both complex and delicate. It could last up to one or two weeks and during that time, turns were taken watching over the oven and feeding the fires that had to be kept going 24 hours a day.